Sketch of NO and NC Pneumatic Actuator: 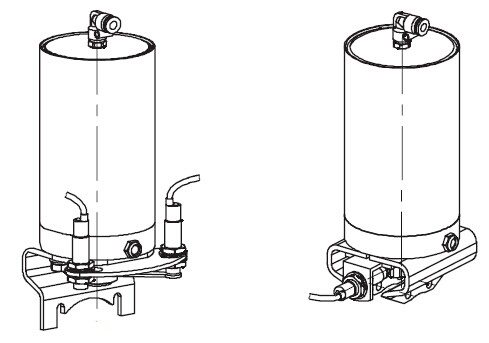 In order to either speed up production, maintain a natural process, achieve a certain mouthfeel, follow their interpretation or simply spend less money buying carbon dioxide gas (CO2), some brewers opt to naturally carbonate their beer before packaging. This differs from America’s much more common “forced carbonation” method of forcing the proper amount of purchased or self-collected CO2 into the beer.

Because an unregulated natural carbonation requires a brewer to keep active vigil over her ferment, lest it develop head or fizz that’s too fervent or too lackadaisical, this potentially dangerous technique can leave too much to chance. As a way to control the amount of gas absorbed or released, some brewers turn to “pressurized” fermentation, otherwise known as spunding.

What is Bunging Valve and How Does it Work?

Spunding directly translates from German to English as “bunging.” This method of natural carbonation involves carefully monitoring your present gravity and sealing off the tank after the aggressive initial stages of fermentation have finished. Once your wort ferments to near your targeted final gravity (too many variables keep us from recommending how near) and you’ve closed off all orifices, you set the spunding valve you’ve attached to your tank to your desired hold-pressure. (Though the pounds per square inch depend heavily on the style and amount of carbonation you’re after as well as the actual temperature of the beer in the tank, this number will almost always hover in the single digits so that you don’t risk exceeding the safe limitations of your tank.)

The valve’s attached gauge monitors PSI (or the display could read in metric pressure units such as “bar” or “kPa” units of measurement), and any extra gas emitted above the set level triggers the variable pressure relief valve to open automatically. Once the pressure falls back down to the desired setpoint, the valve closes.

More Brewery equipment, welcome to visit us at http://www.sansunstainless.com.

Widely used in the food and dairy, pharmaceutical and chemical industries, all gaskets are FDA approved .